Imagine what it must be like to play in front of 20,000 home fans for the opening of the EHF EURO? That is exactly what Hungary will experience tonight, as they play their first EHF EURO 2022 game against the Netherlands tonight in a sold-out MVM Dome in Budapest.

The excitement on Thursday night will also come from Szeged, as Croatia and France will face each other in what looks like another episode of their high-octane confrontations.

Blaz Blagotinsek, Slovenia line player: “I think we had a good preparation period and we did everything coach Ljubomir Vranjes wanted. We will go step by step. The first match of the tournament is always a difficult one. I expect a good but tough match against North Macedonia. We already played against them several times and they are no strangers to us.”

Kiril Lazarov, North Macedonia head coach: “I believe in my team but we are aware of the hard task in front of us.”

Nikolaj Jacobsen, Denmark coach: “No-one knows where he is at the moment, as the preparation was tumultuous. We did everything as we expected, we feel ready to start the tournament now.”

Nebojsa Simic, Montenegro goalkeeper: “I don’t know what to expect. I think Denmark is a favourite in this first match and we should try our best on the court. Our main task will be the matches against Slovenia and North Macedonia.”

Istvan Gulyas, Hungary coach: “The last preparation game against Bahrain showed that there was a lot of work left until the start of the EURO. But you can count on us to be present, the players will be extra motivated when they enter the court for the first game.”

Erlingur Richardsson, Netherlands coach: “It is important for the group to go to the next phase this time, and that we join the main round. The game against Hungary will be special, the opening game in front of 20,000 spectators. Of course, Hungary will have the support of their fans, but it is easier to disturb a party than it is to control it.” 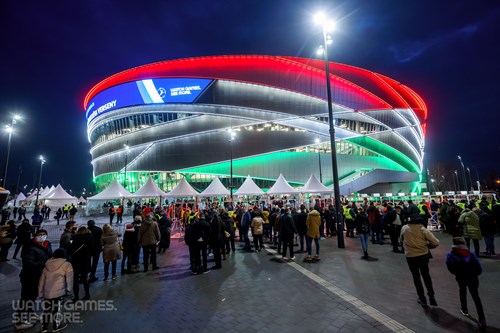 Vladimir Cupara, Serbia goalkeeper: “Our team spirit is our strongest point, and no matter who is on the court, we will fight like crazy to make the best results possible. We really hope we can make it to the main round.”

Evgeniy Buinenko, Ukraine centre back: “During the end of the preparation, we checked that what we had worked on was in place, and I have the feeling that it was. We are going to the EURO to fight for victory in every game. We are not going to give up just because we are playing against three great teams.”

Hrvoje Horvat, Croatia coach: “France are coming to the EHF EURO as Olympic champions and they have a wide roster with many great players. They are always favourites for the medal. It’s not going to be easy as we are opening the competition against them. Our rivalry is well known and we look forward to the first match.”

Guillaume Gille, France coach: “There is no need to explain how motivated Croatia will be against us. It is our duty to be ready and to launch our competition in the best manner, as a defeat right from the start would put us in a bad situation. We have a young team, a lot of new players at this level of competition, but we also have a lot of quality in every position.”

Previous Article Spain on the hunt for Sweden’s record

Next Article Defending champions out to extend their winning run

Breaking down the EHF EURO 2024 qualifiers

FEATURE: Following last week’s draw event, we now know the path to Germany 2024 for the 32 contenders

NEWS: SAP Garden in Munich will not be finished in time; ‘Olympiahalle’ as possible alternative

FEATURE: Tracking data gathered at the Men’s EHF EURO 2022 give insight in who the best shooters in the game are