Following the last weekend's Qualification Round 3 matches in the Women’s EHF Cup Group Phase all is set for the group phase draw as the four pots have been confirmed.

There will be a country protection rule applied in the draw preventing two teams from the same country meeting in the same group.

The first round of the group phase is scheduled for 5-6 January and the last round will take place on 9-10 February. Only the top two teams of each group will make it to the quarter-finals.

The Women's EHF Cup is played in a group phase format after the old EHF Cup merged together with the Cup Winners' Cup before the 2016/17 season.

The detailed run-down of the draw will be published in due time before Thursday. 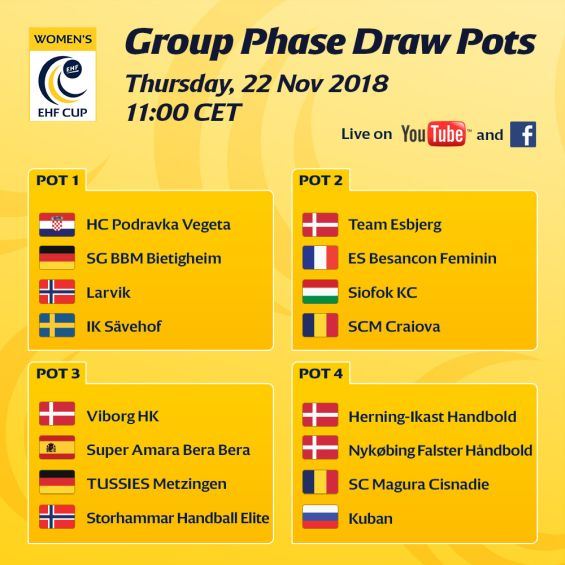 Next Article Tension is building: four talking points after Round 8