The sixth edition of the EHF Beach Handball EURO headed to Scandinavia for the first time in its history to the Norwegian town of Larvik. A brief glance at the town’s Wikipedia page, we learn that it is also home to Bøkeskogen, the northernmost beech tree forest in the world and its climate is among the mildest in Norway, with one of the nation's highest number of annual sunshine days.

So perhaps that’s the reason why the beach handball community descended on the town for a week in 2009 for the EURO.

Writing in his tournament programme notes, EHF President Tor Lian said: “It is time once again to unite and play Beach Handball. After great matches, perfect weather and the new records set by the players in Italy, it is time for the 6th edition of the European Beach Handball Championships for Men and Women!

“On this occasion, Beach Handball fans from across Europe will find their way to Norway to celebrate, participate and support an exciting and dynamic branch of handball that has rapidly developed over the past eight years.

“From 23 – 28 June 2009, the European Beach Handball teams will come together in Larvik / Norway to fight for the chance to be the Beach Handball European Champion in both categories. Visitors to Norway will experience the best display of Beach Handball over a six-day period of sporting festivities – making this to one of the largest EHF Top Events and an event which should not be missed!”

After winning silver two years before, Croatia went one better to claim their first ever title, beating Russia in a repeat of the 2007 final. 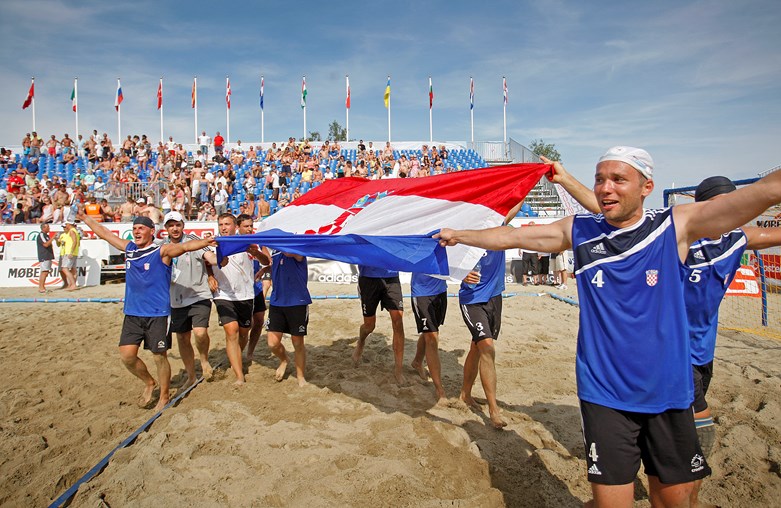 The Croatians only just made it through to the knockout stages, losing twice in their five preliminary round matches to Switzerland and Hungary.

However, they won all three of their intermediate round matches that earned them a place in the quarter-finals. Wins over Poland and then Denmark in the semi-finals set-up another clash with Russia.

The Russians arrived in the final having won all 10 of their matches the tournament - but unlike the previous EURO, it was the Croatians that came out on top, winning 24:20, 20:18 to claim their first ever gold.

Italy – whose best previous result had been fourth in 2004 – claimed their first ever EHF Beach Handball EURO title and medal, following a superb run in the competition. 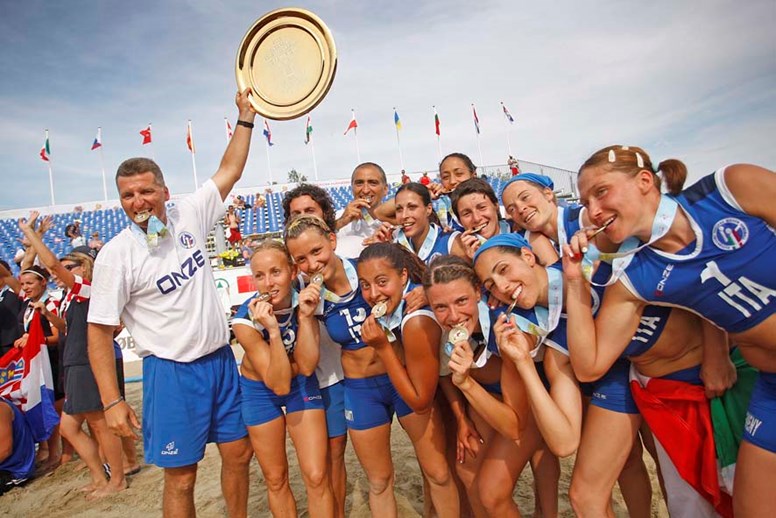 The Italian team won four of their five matches in the preliminaries and did the same in the intermediate round to earn them a place in the quarter-finals.

A win over Spain in the last eight was followed by a dramatic shootout victory over reigning champions Croatia in the semi-finals to book a meeting with hosts Norway in the final.

The final itself lived up to all expectations in all-time classic. Italy took the first set 17:16 before Norway sent the tie to a shootout by taking the second set 16:15. That’s when Italy held their nerve to win 6:4 to take the title.

Croatia bounced back from losing the semi-final to clinch third place, by beating Ukraine in the bronze medal match. Germany, runners-up in 2007, and Russia, who had medalled at all four previous EUROs, did not enter a team into the event.

What else than the epic women’s final between Italy and Norway. Watch the highlights and enjoy the musical accompaniment that goes with it. It’ll make your day – well, for about eight minutes – for sure.

Best of the best

Here’s the All-star Team results for the tournament…

Look no further than the Hrvoje Horvat, the current national team coach of Croatia, who helped storm to their first ever gold medal in the competition. His influence was obvious in the final. He scored 16 of Croatia’s 44 points.

Croatia’s men finally won gold. And it would be the start of something special…