• Eurofarm Pelister scored the first goal of the game and Sporting CP scored the last goal
• Sporting were in control in the early stages of the match, but once Eurofarm hit their stride they dominated the rest of the match
• the Macedonian team boasted an exceptional 76% shooting efficiency, with their attack carrying the load
• Márton Székely collected 10 saves during the game
• Stipe Mandalinic scored seven goals for Eurofarm Pelister, Salvador Salvador scored six times for Sporting
• Eurofarm Pelister now have eight points and have overtaken Sporting in Group D

Sound on! 🔊 As we reach half-time things are heating up between Pelister & @SCPModalidades! 🔥#ehfel pic.twitter.com/tm8YkwVr7G

Peric and Mandalinic, what a duo

The Peric-Mandalinic partnership was decisive for their team claiming the two points against Sporting CP.

With seven goals each and very effective as centre back and left back, they catapulted their team to another level to claim a second win against the Lions. 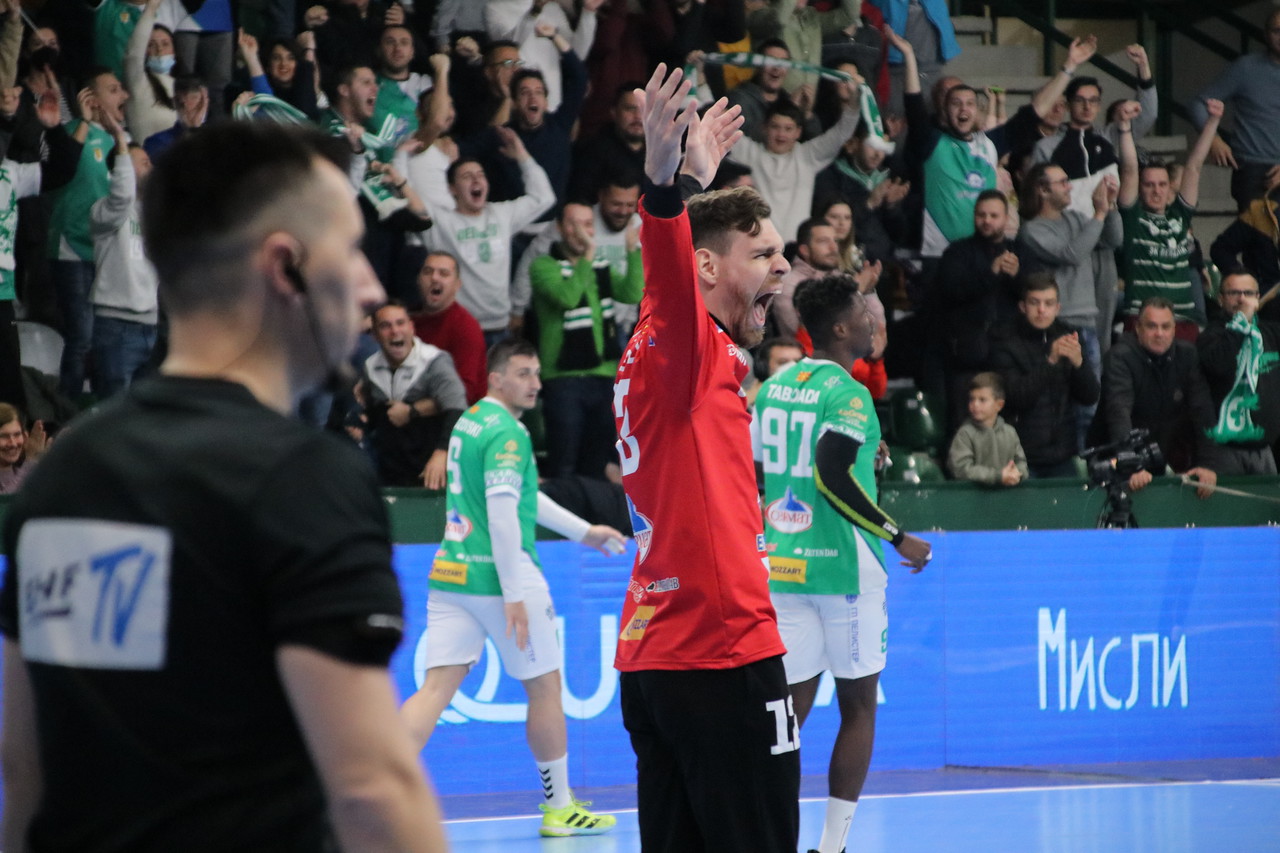 I am proud of my team. Five matches without defeat in Europa is a spectacular result. We played great defence. Only like this can you win against a great team like Sporting. Congrats also for Sporting players and coaches, and happy holidays.

ROUND PREVIEW: The group B clash between Nantes and Baia Mare headlines the six matches scheduled in the EHF European League Women group pha…

GROUP A REVIEW: 22 scored goals were enough for the Hungarian team to celebrate a win at Lokomotiva

Sola too strong for Besancon

GROUP A REVIEW: Plenty of goals as Norwegians claim a seven-goal victory away in France

GROUP C REVIEW: After a slow start the Norwegian team claimed a five-goal win against Lada

GROUP B REVIEW: SG BBM Bietigheim are in firm control of the group, after securing a lopsided 39:20 win against CS Minaur Baia Mare, the wor…

Next test for Bietigheim as group phase enters round 2

ROUND PREVIEW: German side plays last season’s EHF Finals hosts Baia Mare as round 2 features six matches on Saturday and two on Sunday