The second EHF Beach Handball EURO was held in the Spanish city of Cadiz. The ancient port city lies in the Andalucia region of southwestern Spain and is the home of the Spanish Navy. The port boomed in the 16th-century as a base for exploration and trade. But enough about its history – because in the summer of 2002 it was all about beach handball.

Due to the interest in beach handball following the first EURO two years before, the competition had grown from eight teams to 16 per gender.

Having missed out on a gold medal two years before, Spain made no mistake this time round, taking the title by defeating Russia 2:0 (16:13, 14:12) in the final. They didn’t just win – they won it in style as they cruised to the championship by winning all eight matches without dropping a single set.

Russia won silver while Belarus, who won the title in 2000 were again in the medals, this time taking home a bronze after beating Ukraine 2:0 (17:9, 19:11) in the fight for for third place. 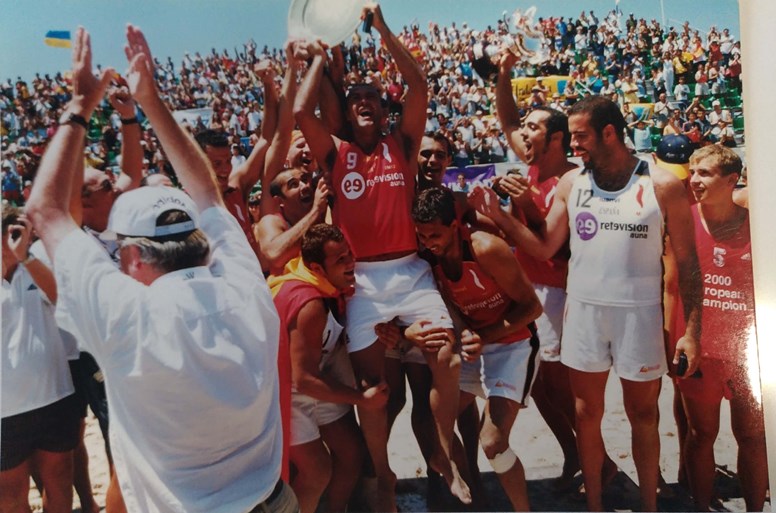 Pedro Bago, who was part of the Spanish team who lifted the title in 2002, says:

“Just before that tournament we were so excited because we played at home and we had just lost two finals at Gaeta 2000 and Akita 2001, in the World Games. We were looking forward to getting the gold medal and we practiced really hard and a lot to win the tournament.

“There was a lot of expectation on us win. We trusted in our job and playing style. We worked a lot and we got really prepared for the championship.

“After finishing second in Gaeta we went full of illusion and energy but as it was the first time that we played there we doubted the results. People talked very good about us but that wasn't enough for us.”

Russia, who had finished third two years ago in Italy, went two steps better in Cadiz after beating Turkey in a dramatic final that went to a shootout.

The two sides had already met in the final round – with Russia coming out on top 2:0 – but in the gold medal match it was Turkey who took the first set 16:11. Russia hit back with a brilliant performance in the second set – winning 21:10 – to send the match into a shootout. That’s where the Russians kept up the heat in the shootout to win 5:1 and with it the title.

Hosts Spain could not match the result of their male counterparts, and finished in eighth place.

The sun is shining, the stadium is full and just look at the happiness happening… Special mention to the great save on 24 seconds. Love those reflexes.

Where are they now?

Look no further than that man Pedro Bago again. The man who helped Spain lift the title in 2002 is now the coach of the Spanish beach handball national team. He's the number 7 in this glorious photo of the champions. 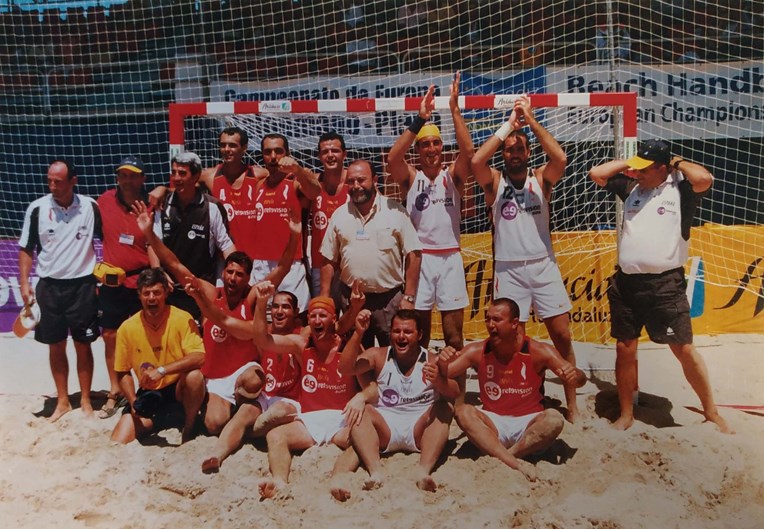 A special European Championship because…

Apart from Spain winning gold on home sand, Liechtenstein made their one – and so far to date – only appearance at a EHF Beach Handball EURO.

It’s something that Pedro Bago remembers.

“I have a kind memory about Liechtenstein team,” he says. “It was the first and only time that this country participated at the Euro they were amazing people.”

Our guide to every EHF Beach Handball EURO in history begins with the first, in Gaeta in the year 2000